Well week 5 of the 2015 season is in the books and like the four previous weeks we saw some outstanding fishing and the weather remains incredibly nice. We have had very little rain (which we are now getting a little this week), warm but not too hot daytime temps, and for the most part very manageable wind conditions. All in all an excellent combination.

Camp was full with long time veterans again so no problems catching fish. As if the fishing wasn’t good enough on Wabaskang, one group ventured to Lost Lake three times and reported catches of 122, 150 and 100 walleyes. Four veteran groups left camp saying this was their best or near best fishing they have ever had here, another testimonial to the outstanding reputation of Wabaskang as a fishery. Otis S. had just three in the crew this year, but the daily report from their boat was “we have caught fish everywhere we have gone”. Good to hear, as finding walleyes doesn’t seem to be much of a problem.

Ron Goodin’s annual crew of eight from Naperville, Il had an outstanding trip and also reported catching fish about everywhere they went. Of course, one place they went produced Craig’s 43″ beast northern in the feature photo above. Nice catch. Thanks to Ron’s crew for helping three different boats find their way back home who ventured up to the North end of Wabaskang from other camps.

With Vinnie’s crew in camp this week the laughs were flowing regularly and it was like home for everyone in camp as we got together for the annual golf outing. Always a blast and great time and congrats to Ron Goodin for the win this year. I’ll get the green jacket on order for you!

Rich, Colleen, Joel and Lynne were back again too and really had a good year with Joel saying they had no trouble finding and catching fish all week.Matt Miller missed having his Dad along on this year’s trip, but was able to introduce three “rookies” to camp and they had a great time and experience.

The cabbage weeds continue to fill out in certain areas, but remain sparse in a few others. When you find it, fish it. Pretty simple. Edges in most areas seem to be around 11 fow and the bite has been good there on jigs and minnows. Spinner rigs are taking fish, but backtrolling jigs, casting or vertical jigging took more fish last week.

Got a few new folks in camp this week for a change and there already talking about coming back. Fishing is good.

Happy Belated Father’s Day wishes to all the Dad’s out there, and thank you to all who sent Happy Father’s Day greetings my way yesterday. Take care all and hope to see you soon. 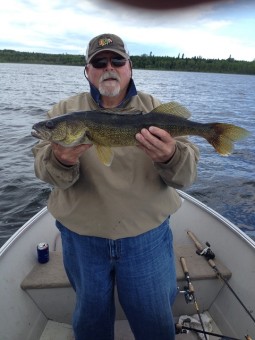 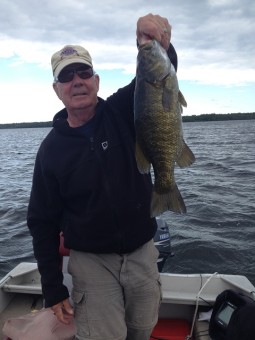 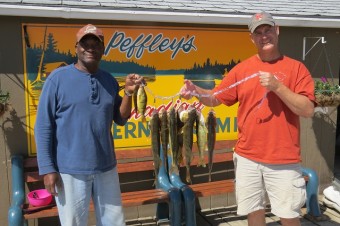 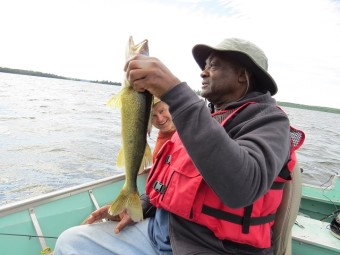 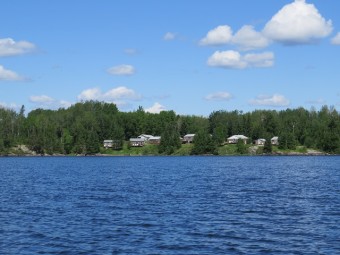 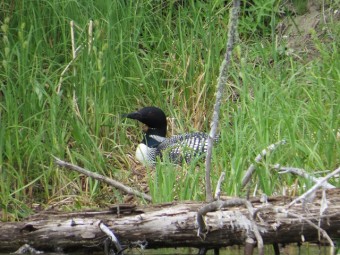 Peffley's Wilderness Camp is a family owned and operated camp. Dave has been fishing Wabaskang Lake for over 25 years and was previously a guest of this camp for 12 years prior to purchasing the camp in 2005. I am a proud supporter of our military and offer a nice discount during the month of July to our guests who have also served. I have three daughters ranging in ages from 16-21 who spend much of their summer with us in camp and have totally embraced the wilderness experience we offer. They have for years referred to it as the "best summer experience ever".


While rarely necessary on our lake, because I do have a very good working knowledge on how and where to fish on Wabaskang Lake and our portage waters, I will guide groups if asked to. Otherwise, I am always happy to share information with our guests and provide them well marked lake maps so they can start catching fish their first day in camp.


I pride myself on running a very clean and well managed camp with your satisfaction our top priority. Many guests who have fished from this camp for over 20 years, and several more that have fished here for over 30 years and even some over 40 years.

This is the ONLY number to call to arrange pickup at
the roadside landing during our operating season.
Please do not call the numbers below as
we cannot guarantee a timely answer
on Saturday mornings (changeover day).